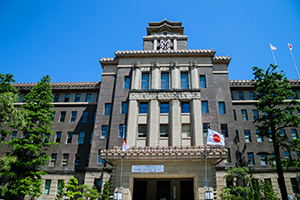 Japanese local government bonds or loans are viewed as secure and almost the same as Japanese Government Bonds (JGBs).

The Ministry of Internal Affairs and Communications (MIC), which is responsible for matters related to local government finance in Japan, states that even though decentralization reforms have been executed and are still in progress, there are three reasons that assure the financial security of local governments. First, the central government provides them with solid support for necessary resources. Second, the MIC checks and controls local governments’ bond issuance or loan borrowing based on the “Consultation System”. Third, the control system of the fiscal soundness of local governments is effective. In fact, the Bank for International Settlements (BIS) risk weight for yen-based Japanese local government bonds is as low as JGBs, which is 0% in the standardized approach.

The local government system and the local public finance system

The following five points are noted about the local autonomy system in Japan. First, Japan is a unitary country with a subnational government system based on the concept of local autonomy. Second, the Japanese local government system is two-tiered, with 47 prefectures and 1,741 municipalities. Third, each local government has an assembly that serves as the highest decision-making body, and whose members are directly elected by their local citizens. The assembly decides on the establishment of ordinances and adopts budgets. Fourth, local governments operate according to the presidential system or chief executive system. Last, local governments have relatively large responsibilities and functions, but their activities are often limited by national acts and are under the control of central government ministries. Local governments execute a wide variety of functions that are closely related to the daily lives of local citizens. Local governments are engaged in almost all necessary public services excluding national defense and pensions. Comparing this with the data in other Organisation for Economic co-operation and Development (OECD) countries, local governments in Japan make up 11% of gross domestic product (GDP) and three-quarters of the government sector excluding the social security fund. This figure is higher than the so-called “federal countries” such as Canada, Germany, and the United States.

Local governments are entitled to levy local taxes within the jurisdiction of the Local Tax Act. Almost 40% of the total national taxes are levied by local governments.

The LAT system, which is a category of equalization grants, is the most important tool to support local governments in Japan. The purpose of the LAT is not only to adjust imbalances in the tax revenue sources, but also to ensure the local government revenues in providing a standard level of public services all over Japan. The rules in deciding the total amount of the LAT is provided for by the LAT Act. It is basically linked to a certain percentage of the amount of five national taxes and the total amount is adjusted annually in the central government budget process with the estimated total revenues and expenditures in the LGFP. The total amount of the LAT in FY 2017 was more than ¥16 trillion.

The LAT is divided into two categories, namely the Ordinary LAT and the Special LAT. The Ordinary LAT, which is 94% of the total LAT is distributed to each local government based on the disparity between the Basic Financial Needs (BFN) and the Discounted Standard Revenues (DSR). The BFN are calculated to ensure a reasonable level of expenditure including some redemption of the local governments’ bonds or loans. Due to the fact that the DSR is set at only 75% of estimated Standard Tax Revenues, this will motivate the local government to collect taxes properly.

Regarding the funds of bonds and/or loans of local governments, the three major sources are the government funds, the JFM Fund, and the private sector. At the peak in 1988, the government funds and the JFM Fund made up 75% of the total fund, but this was reduced to almost 40% in FY 2017. These are the results of the Fiscal Investment and Loan Program reform in fiscal year (FY) 2001, the privatization of Japan Post in FY 2001 and FY 2007, and the policy-based Finance Reform in FY 2008.

Act on Assurance of Sound Financial Status of Local Governments

The introduction of the new financial reconstruction scheme was a few years after the transition to the Consultation System. The Act on Assurance of Sound Financial Status of Local Governments was enacted in 2007. The act established four indices that show the financial situation of each local government’s Ordinary Account and the local government is required to disclose the indices annually after the auditors’ audit. The first index is the Real Deficit Ratio (RDR) that indicates the deficit level of local governments’ Ordinary Accounts. The second index is the Consolidated Real Deficit Ratio (CRDR) that indicates the total deficit level of a local government by calculating the sum of deficits and surpluses of all accounts including the Ordinary Account and public enterprise accounts. The third index is the Real Debt Service Ratio (RDSR) that indicates the size of the redemption amount of debts and similar expenditures. The RDSR is also used in the early warning system of the local government bond and/or loan Consultation System. The fourth index is the Future Burden Ratio (FBR) that shows the current outstanding balance of debts including that of the Ordinary Account as well as other likely future payments. The Financial Shortfall Ratio (FSR) is an index that indicates the deficit of funds of public enterprises compared to the size of business of local public enterprises and represents the extent to which financial health has worsened. In addition, the act states that local governments must establish the Fiscal Soundness Restoring Plan, if any one of the respective ratios exceeds the Early Financial Soundness Restoring Standards (EFSRS). The act also states that local governments must establish the Fiscal Rebuilding Plan, which will strictly limit its financial activities, if any one of these ratios exceed the Fiscal Rebuilding Standards (FRS) which are far higher than the level of EFSRS. No FRS is established for the FBR.

Transition of local government debts under these schemes

Regarding the outstanding debts of local public finance at the macrofinancial level have amounted to almost ¥2 hundred trillion and almost 40% of GDP. They showed a sharp increase after the burst of the so-called bubble economy in 1991 and have stayed high but stable at almost around ¥200 trillion since FY 2003. The amount is the outstanding amount that shall be redeemed by future general revenues, mainly consisting of local taxes and the LAT. In this context, the outstanding amount includes borrowing of the Special Account for the LAT of the central government, as well as an outstanding amount of local public enterprise bonds or loans which shall be redeemed by local taxes and the LAT.

Status of the ratios

Before the transition to the new Inform and Consult System, Japanese local government bonds issuance or loan borrowing faced three major challenging issues. The first issue was about the deregulation of the Approval System that came with the decentralization reforms. The second issue was the Fiscal Investment and Loan Program Reform, the Postal Privatization, and the Policy-Based Finance Reform. The third issue was the severe financial conditions of the central and local governments. Twelve years have passed since then and the overall situation of each local government’s finance is more encouraging. However, it is worrisome that we cannot forecast the resolution of the critical financial situations of both the central government and macrofinancial local public finance. The most important issue for Japan is this macrofinancial deficit of both the central and local governments.

← What are the reasons behind the decrease in solar module prices?
“Monsters” in the house? What to do about Malaysia’s government-linked companies →