An analysis of challenges faced by Abenomics 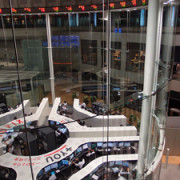 In December 2012, Japan’s Liberal Democratic Party won the general election, making Shinzo Abe Prime Minister of Japan, a post that he had previously held in 2007. “Abenomics” refers to the economic policies advocated by the prime minister after the election, which were designed to revive the sluggish economy with “three arrows”: (i) fiscal consolidation, (ii) more aggressive monetary easing by the Bank of Japan, and (iii) structural reforms to boost Japan’s competitiveness and economic growth.
Comment