Il Houng Lee is President of the Korea Institute for International Economic Policy. He spent most of his career at the International Monetary Fund after joining the institution through the Economist Program in 1989. He has a BSc in economics from the London School of Economics, and a PhD in economics from Warwick University. He taught economics at Warwick University, and at the National Economics University in Hanoi, and is also a visiting professor at Jilin University, PRC.
Author Archive | Il Houng Lee Industry and trade

Use of national currencies for trade settlement in East Asia: A proposal 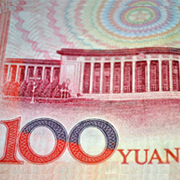 Financial cooperation and integration in East Asia has been languishing for almost a decade. But ASEAN, the People’s Republic of China (PRC), Japan, and the Republic of Korea (henceforth, Korea), or ASEAN+3, have been more successful in promoting free trade in East Asia by establishing a number of bilateral and plurilateral free trade agreements (FTAs) with countries in the region and outside the region.
Comment