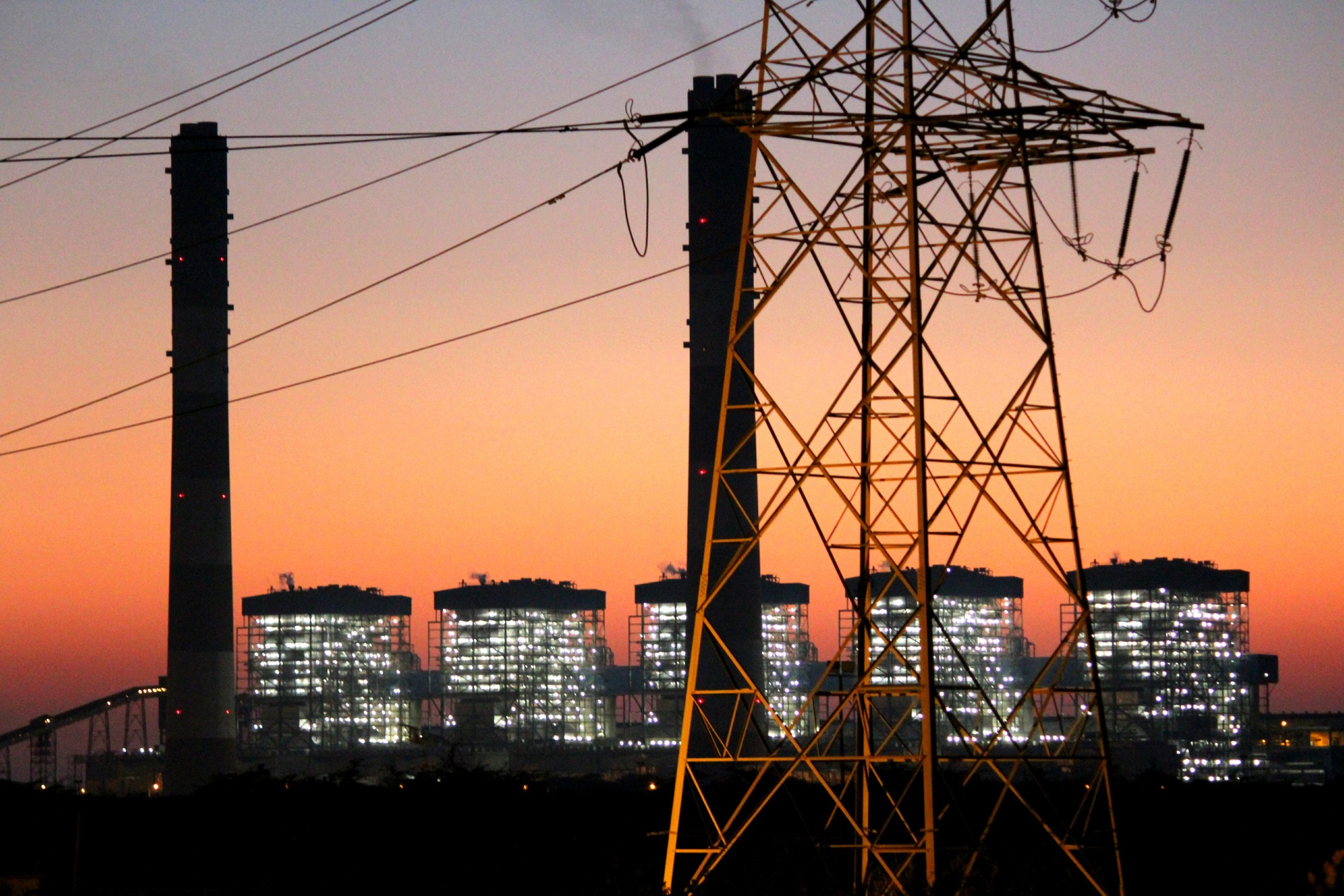 The Russian invasion of Ukraine has sparked fears of energy insecurity in South Asia. Rising oil and gas prices, inflation, prospective food deprivation, and food protectionism have compounded the challenges in the region, which is only just beginning to recover from the hardships of the pandemic.

Despite these new challenges, South Asian economies have important responsibilities to achieve their climate goals while maintaining energy security and economic growth, accomplishing the Sustainable Development Goal targets, and improving people’s livelihoods. Fostering mutual trust, integrating electricity systems and markets through infrastructure development, removing regulatory hurdles to accessing each other’s markets, and pooling together investments for collective benefits are some of the ways economies can improve regional energy security and mitigate external geopolitical shocks and the price volatility of fossil fuels. These initiatives will ultimately improve regional economic efficiency and promote regional integration and prosperity.

South Asia is marred with electricity shortages, erratic electricity supply, underinvestment in renewables, and energy access challenges. Growing populations, burgeoning energy demand, frequent extreme climate events like the recent record-breaking heatwaves in India and Pakistan, and geopolitical shocks like the Ukraine war are all likely to exacerbate these difficulties. But robust regional consultation and collaboration in the power sector can comfortably fix several of these problems by enabling countries to take maximum advantage of unevenly present renewable energy opportunities within the region. For instance, BBIN countries (Bangladesh, Bhutan, India, and Nepal) have already begun significant electricity trade. They can better support each other during their seasonal peak demands if they continue expanding their cooperation and infrastructure development, as shown in Figure 1. Such teamwork will be necessary among countries as a regional climate change adaptation strategy in the face of increasing climatic extremes.

Similarly, existing cooperation between South Asian countries has already started to bear fruit. India is taking a lead role in developing policies and legal, regulatory, and commercial mechanisms for cross-border electricity trade. In 2018, India released cross-border electricity trade guidelines, setting out the basis on which bilateral and trilateral trade can take place. Importantly, these guidelines also established a framework for the participation of electricity traders from Nepal and Bangladesh to trade through India’s power exchanges. Subsequently, in 2019, corresponding cross-border trading regulations were issued, setting out arrangements for market access, transmission network planning, system operation, and dispatch and dispute resolution. Finally, in 2021 the relevant Indian nodal agencies and procedures for approvals for electricity import and export were published.

Other enabling rules and regulations to allow Indian domestic power sector stakeholders to participate in cross-border electricity trade have also been addressed progressively. India and Bhutan have established a mutually beneficial relationship for electricity trade between the two countries (Tortajada and Saklani 2018). This symbiotic bond has resulted in Bhutan exporting around 70% of its hydroelectricity to India and receiving around 40% of its domestic revenue in return, which constitutes 25% of its gross domestic product. This cooperation has led to significant hydropower development in Bhutan.

Collaboration between Nepal and India has also brought mutually beneficial outcomes, including the end of the decade-long load-shedding problem in Nepal, the construction-in-progress of Arun-3 (900 MW)—which will be Nepal’s largest hydropower project once completed—and the recent commissioning of the 400 kV Dhalkebar–Mujjafapur substation and the cross-border transmission line, which will enable the two countries to trade up to 1,000 MW of electricity through this facility alone. If electricity trade through these and other existing facilities is realized in full, Nepal will be able to significantly improve its electricity reliability (if the domestic transmission network is strengthened) and optimize the economic benefits by exporting power to India, Bangladesh, and other countries when there is surplus power generation, especially during monsoons and at night. India, on the other hand, can get clean hydroelectricity, facilitating the fulfillment of its climate goals.

In a similar vein, electricity trade between India and Bangladesh is also growing, greatly assisted by two Asian Development Bank (ADB)-financed interventions providing 1,000 MW of cross-border power transmission infrastructure. Due to the market-driven demand for Indian electricity in Bangladesh, the latter is considering formalizing electricity trade with India by participating in the Indian Electricity Exchange (IEX). This would enable Bangladesh to consume low-cost electricity from India, thereby minimizing the financial burden of subsidizing private power companies that use coal and diesel for electricity generation. This trade would also offer environmental benefits to Bangladesh.

In 2021, India extended a $100 million credit line to Sri Lanka to develop solar power projects in the island country and work closely with Sri Lanka on possible power interconnection between the two countries. Besides energy sector development, these gestures can help Sri Lanka emerge from the ongoing crisis. Similarly, India and Maldives have recently agreed to improve energy cooperation and transmission interconnection for renewable power transfer to facilitate Maldives in achieving its net-zero emissions target by 2030.

However, despite these benign attempts, and many more by governments in the region, to engage with each other and collaborate on energy issues, a valid question still lingers: is this enough? The answer is, obviously, “no.” Although South Asian countries have improved regional collaboration in electricity generation and trade in recent years, they are still lagging far behind their tremendous potential. Therefore, the existing prospects for electric power generation—through hydro, solar, and wind—and trade potential within the region stipulate serious but benign consideration, especially in the face of emerging turbulence from outside the region.

The benefits of such cooperation can be huge and more certain when faced with the price volatility of fossil fuels. For example, Timilsina and Toman (2016) estimated the unrestricted cross-border electricity trade in South Asia during 2015–2040 to be $226 billion ($9 billion per year) of the electricity supply costs over the period (around $100 billion when discounted at a 5% rate). Besides these pecuniary benefits, the Russian invasion of Ukraine has reinforced the fact that there are also geostrategic benefits of such collaboration. Therefore, countries should work together for the wider deployment of renewables in the region, with emphasis on appropriate renewable energy source diversification and mutual support to ensure regional energy security. Realizing such cooperation can encourage broader development collaboration, political stability, people-to-people exchanges, and neighborly relations in the region (Tortajada and Molden 2021).

This article echoes what policy makers, think tanks, and academics in South Asia have been calling for for years: to build regional electricity interconnections and break down the barriers preventing further progress. Given the newly emerged challenges and the geostrategic needs and benefits of regional collaboration among countries in South Asia’s energy sector, cross-country electricity trade should be depoliticized, if possible, mutual trust should be developed, and electricity trade should be made market-based with cooperation between the grid operators of different countries.

Adequate attention needs to be paid to the diversification of the renewable energy mix and innovative and emerging technologies, such as green hydrogen, which will play a major role in hard-to-abate sectors like transport and industry. Investments in building cross-border electricity transmission infrastructure should be a priority in the region, and individual countries should focus on expanding and strengthening their national grids to pass on the advantages of cross-border trade to people.

Appropriate analysis needs to be undertaken on whether these cross-border interconnections should be alternating current or direct current systems, each of which has its own pros and cons. The fiscal and monetary policies of the individual countries should support this process, and existing tariff and non-tariff barriers should be relaxed accordingly. In this regard, institutions like the Asian Development Bank can play a major role, such as in supporting countries in South Asia to identify and overcome key policy, regulatory, and technical constraints under the South Asia Subregional Economic Cooperation framework.

In the longer term, a comprehensive regional electricity market can be established under the supervision of a multilateral mechanism like a regional organization or forum for cross-country coordination. Such a mechanism should identify projects of strategic significance, secure necessary investments, and ensure markets for the consumption of the generated electricity, thus reducing bureaucratic red tape. Similarly, energy policies and legal regulatory frameworks in the region should be harmonized. Energy democratization and private investment can be promoted in the energy sector, and banking and financial markets should be integrated to maintain a hospitable cross-country investment environment.

In the immediate term, existing infrastructure and capacity need to be explored to maximize the present benefits. Consequently, these policies and development initiatives can help the region to recover from the COVID-19 pandemic, thereby building a clean, energy-secure, and prosperous South Asia.

Dhiroj Koirala is a doctorate student in the Department of Resource Economics at the University of Massachusetts Amherst.
View all posts by Dhiroj Prasad Koirala →