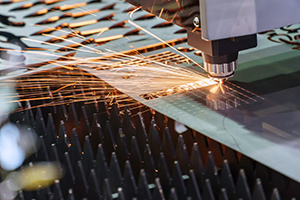 Services and manufacturing are closely intertwined. Manufacturers use services as inputs into their production process. It is difficult to imagine a modern global value chain working without efficient transport services, financial services, logistics, and business services.

The Trade in Value-Added (TiVA) dataset of the Organisation for Economic Co-operation and Development (OECD) and the World Trade Organization (WTO) gives us a first indication of just how important services are for exporters of manufactured goods. Focusing on Asia, we see that the proportion of services value added in gross exports of manufactured goods since the 1990s has averaged just under 33% in countries of the Asia-Pacific Economic Cooperation (APEC) forum, Association of Southeast Asian Nations (ASEAN), and East Asia. Interestingly, the split between domestic and foreign origin services value added has changed significantly. Domestic origin services value added declined in Asia between 1995 and 2011. However, the total share of services remained constant, which implies that the foreign origin share increased. The 1990s and 2000s saw substantial liberalization of services markets all around the world, including in Asia. Indeed, the People’s Republic of China’s 2001 WTO Accession Agreement had real “bite” in services, and was associated with meaningful changes in policy that significantly opened key services markets to international competition (Mattoo 2003).

Value added of services in manufacturing

What does this dynamic mean for policy? Clearly, manufacturers need access to high-quality, competitively priced services. Particularly in the context of developing countries, this necessarily involves some recourse to world markets. Indeed, reliance on world services markets by manufacturers has generally been increasing over time. This dynamic suggests intuitively that services policies can have direct and indirect effects on the performance of manufacturers, including in terms of export market gains.

First, and best known, there is an indirect effect. Opening up services markets to foreign competition by lowering trade costs increases competitive pressure and favors the reallocation of resources from less productive firms to more productive ones. As a result, productivity in services sectors increases (Miroudot, Sauvage, and Shepherd 2012). This dynamic has been shown to operate at the level of individual firms by Hoekman and Shepherd (2017). Since many services are supplied locally, there is evidence of a productivity linkage between manufactured goods exporters and service suppliers in the same locality, which in turn fosters greater trade integration through the standard Melitz (2003) productivity selection channel.

Less well known is the prospect that services policies could have a direct impact on exporters of manufactured goods. The mechanism is simple. Manufacturers source a substantial proportion of their total services inputs from world markets. As a result, liberalization of trade policies that increase trade costs allows manufacturers to acquire those services at a lower price, which acts like a productivity shock and promotes export market success in the same way as the indirect effect. Hoekman and Shepherd (2017) again show suggestive evidence of such an effect using a gravity model, but it is little explored in the literature.

To examine this effect in further detail, we estimate a standard gravity model for manufactured goods and include services policies (Services Trade Restrictiveness Index or STRI) as an explanatory variable. We then conduct counterfactual simulations using two scenarios: (i) a 10% reduction in the restrictiveness of services policies and (ii) elimination of manufacturing tariffs.

Our simulation results show that the impacts on trade flows of decreasing services policy restrictiveness are much larger than those for reducing tariffs. They are strictly positive in all cases, in line with expectations. Changes in exports and imports are typically 2–3 times higher under the first scenario than under the second.

Second, impacts on real manufacturing output are smaller than trade impacts in both cases. Arkolakis, Costinot, and Rodriguez-Clare (2012) show that the welfare gains to the United States from the totality of its international trade is between 0.7% and 1.4% of gross domestic product. Against that background, our simulation results for the impact of the two liberalization scenarios are in fact quite large. However, whereas the real output impacts of services liberalization are strictly positive, there are some small negative impacts in the case of tariffs, due to general equilibrium effects.

Third, as would be expected from larger import impacts, the effects on real output of liberalizing services policies are considerably larger than those from liberalizing tariffs. This sits well with existing evidence from computable general equilibrium models that the welfare implications of services liberalization are typically much larger than for goods, but it is striking that the result flows only from a consideration of the impact of services policies on manufacturing, not on the services sector itself.

Our results are of particular importance in developing Asia, where policy makers are strongly focused on manufacturing. In reality, development of manufacturing cannot be divorced from development of services. The two are closely intertwined. Nonetheless, it is typically challenging to give services the policy priority they deserve in developing Asia due to the strong belief that manufacturing is the key to medium-term productivity and income growth. That challenge is only made more daunting by the growth of “services pessimism” driven in part by the premature deindustrialization thesis, which asserts that only manufacturing can support rapid productivity growth and create large numbers of good jobs, and that manufacturing activity is peaking “too early” in the developing world.

A more weighty argument for policy makers in the region may be that services liberalization can boost manufacturing output and exports. In other words, policies that can bring about more competitive and integrated services markets are in fact perfectly aligned with the goal of promoting manufacturing. The possibility of a win–win scenario should appeal both to those convinced that the future of the region is in services and to those who argue that the manufacturing sector needs to continue to develop in much of the region.

Ben Shepherd is the principal of Developing Trade Consultants.
View all posts by Ben Shepherd →