TTIP—is the EU really interested in an “economic NATO”?

Negotiations between the European Union (EU) and the United States (US) on the Transatlantic Trade and Investment Partnership (TTIP) are currently dragging on without a clear time target—no wonder in view of the highly complex topics to agree on. But nevertheless, international speculation is running high about the potential economic and geostrategic implications of the TTIP for the EU’s economic relations with Asia, and the People’s Republic of China (PRC) in particular. Some people even claim it to be the foundation of an “economic NATO” or consider it “a response to the rise of [the PRC]
Comment

The United States’ “pivot to Asia” has been intensely discussed over the last years. But recently, a new pivot model has come up: the Russian Federation’s pivot to Asia. This article analyzes this topic from an economic perspective by asking: Is the Russian economy really about to shift its focus thus far centered on the European Union (EU) to Asia?
Comment

The German Mittelstand – a model for Asia’s emerging economies?

German Mittelstand (GM), the small and medium-sized enterprises (SMEs) in Germany—are a unique and highly successful economic phenomenon that could serve as a model to promote trade and industry for emerging Asia.
Comment 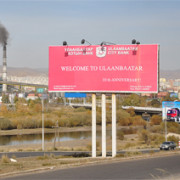 Regional integration offers Mongolia the opportunity for a more prosperous future. But the country has lagged in this effort, which is surprising given its geographical location where bold integration initiatives have been launched, such as the People’s Republic of China’s (PRC) “Silk Road Initiative,” and where economic alliances have been strengthened under Central Asia Regional Economic Cooperation (CAREC) and Shanghai Organisation for Cooperation (SCO).
Comment

Is regional economic integration in Central Asia a doomed vision or a promising future? 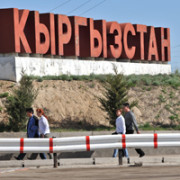 Central Asia has for centuries been seen as a neglected Russian “backyard,” but international interest in the region has increased over the last two decades because of its vast stores of energy and natural resources. But to achieve a brighter future the region must pursue economic integration. In the early 1990s, Kazakhstan, Kyrgyz Republic, Tajikistan, Turkmenistan, and Uzbekistan became independent countries with the collapse of the Soviet Union. The abrupt separation from Moscow, the sudden interruption of economic relations under the Soviet Union, and the unprepared transition from state-directed to market economy created a deep economic crisis in all five countries. The beginning of this century saw their economic systems change and stabilize—but this occurred as these countries disclosed strong authoritarian trends.
Comment