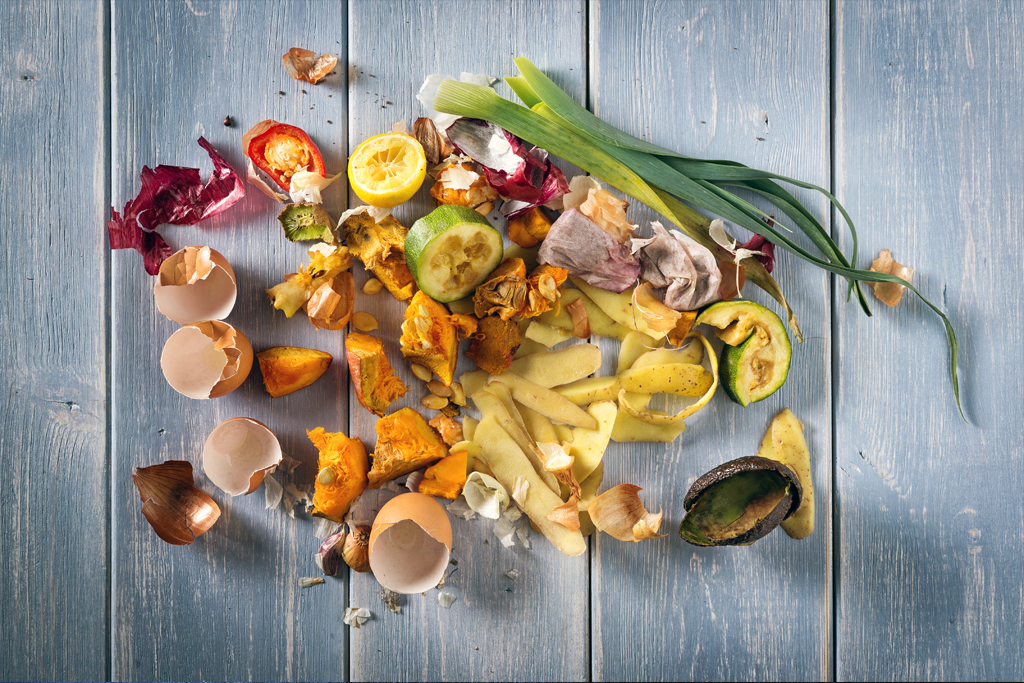 As the population in Asia continues to grow, so too will consumption trends. According to the United Nations (2020), the Asia and Pacific region has a population of 4.6 billion people, accounting for around 60% of the world’s population, and it is projected to increase to as much as 5.2 billion people by 2050 (United Nations Economic and Social Commission for Asia and the Pacific 2020). This population growth will continue to have significant impacts on the way goods are manufactured and consumed, as the global “take, make, and dispose” lifestyle has already put enormous stress on raw materials and energy resources.

Our food system remains one of the biggest contributors to climate change, generating significant amounts of solid waste and emitting greenhouse gases in the process. Both food loss (discarded by food suppliers in the value chain, excluding retailers and consumers) and food waste (discarded by retailers or consumers), though occurring at different parts of the food system, are difficult to monitor due to lack of data from many countries, but it is estimated that about 1.3 billion tons of food is lost annually around the world. In Asia, up to 11 kilograms of food per capita in the region’s developing countries and 80 kilograms of food per capita in developed countries is wasted (Food and Agriculture Organization of the United Nations 2013). As the region continues to develop and income levels rise, so too will consumption habits and wastage, especially in rapidly expanding urban centers. Related issues of near-capacity landfill sites, food insecurity, and environmental degradation further demonstrate the need for an urgent and innovative solution. Transitioning to a circular economy would greatly reduce waste while also addressing several of the Sustainable Development Goals (SDGs): Goal 11 (sustainable cities and communities); Goal 12 (responsible consumption and production); and Goal 13 (climate action).

It is important to realize that food is similar to other products people consume in a linear manner, meaning that there is very little recycling of unused or discarded materials. This pattern of consumption is immensely taxing on resources and the environment. Governments must recognize that achieving a sustainable economy will require innovation to transition to a circular economy, which, in the context of food usage, seeks to reduce the amount of wastage. Discarded food, for example, does not need to end up in landfills—it can be utilized for other purposes.

The concept of a circular economy can be categorized into three types of activities: (1) creating loops; (2) slowing flows; and (3) narrowing flows (Preston, Lehne, and Wellesley 2019). Creating loops and slowing flows are most relevant for reducing food waste.

Creating loops for the food system instead of disposing of discarded food is a type of circular economy that can decrease the strain on agricultural resources. Unused food and food waste can be recycled for other purposes. The agriculture industry, involved at the beginning stages of the food supply chain, can play a vital role in this process through the adoption of agroforestry practices, regenerative methods of farming, and the use of organic fertilizers generated from food waste. There are also economic opportunities for companies to explore new markets for food waste that would typically end up in landfills. Some examples include utilizing discarded corn cobs, edamame pods, beetroot skins, sugarcane, and potato skins as alternatives to plastic.

The second type of circular economy aims to slow down flows by ensuring that a product is utilized to its full potential before ending up in a landfill or incinerator. For the food system, a circular economy would find alternatives for food waste and, instead of the usual linear consumption model, could allow for food waste to be collected for energy recapture through anaerobic digestion (methane fermentation). In this process, biogas is produced when bacteria breaks down food waste in a closed environment lacking oxygen. The biogas can then be utilized for generating energy, ultimately decreasing reliance on fossil fuels and reducing greenhouse gas (GHG) emissions. The byproducts of this process can be further utilized as fertilizer for crops or soil in areas where erosion is an issue.

Economic and environmental benefits of a circular economy approach

Current waste management practices, which are based on a linear consumption model, have adverse impacts on the environment as landfills pollute a diverse range of ecosystems and produce GHGs. While solid waste management practices in many cities have yet to prioritize the separation of food waste, a precursor to a circular economy, there are many examples around the world where upgrading waste separation technology and collection has shown to support this transition. From here, food waste can generate biogas fuel through anaerobic digestion (methane gas fermentation), providing households with clean energy. In a recent report, the Intergovernmental Panel on Climate Change estimated that global food loss and waste contributed 8%–10% of all anthropogenic GHG emissions between 2010 and 2016 (Mbow et al. 2019).

Moreover, a circular economy for the food system would present additional environmental and economic benefits. Expansion on a much larger scale could make a significant difference in not only helping cities to better address climate change issues but also creating new jobs and making supply chains more resilient. It could help to mitigate the high levels of GHG emissions attributed to consumption patterns and urbanization, especially by reducing the amount of food that goes to waste. With the current agriculture practices and consumption trends of food, for every $1 spent on food, $2 is incurred in environmental, health, and economic costs (Ellen MacArthur Foundation 2019). If this issue remains unaddressed, it will continue to impose costly impacts on developing countries.

In developing Asia, although there are many opportunities for a circular economy, some already existing in the informal sector, it is yet to be formally adopted by governments that are being applied to the food system. Overall, there is a lack of robust legislative frameworks and financing to initiate the transition. A circular economy for the food system would also help to address SDGs related to climate change and sustainable production and consumption. The transition to a circular economy will require governments to finance and promote effective solid waste management policies and, ultimately, individuals to reject unsustainable linear consumption patterns.
_____

Derek Hondo is a capacity building and training coordinator at ADBI.
View all posts by Derek Hondo →