Stephen Grenville is a visiting fellow at the Lowy Institute for International Policy and works as a consultant on financial sector issues in East Asia. From 1982 to 2001 he worked at the Reserve Bank of Australia, for the last five years as deputy governor and board member. His research interests include: regional economic integration; Australia’s economic relations with East Asia; international financial flows and the global financial architecture; and financial sector development in East Asia.
Author Archive | Stephen Grenville Regional cooperation and integration 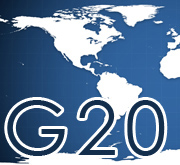 When G20 Leaders met in April 2009 they agreed on coordinated fiscal stimulus in response to the unfolding financial crisis. This explicit coordination addressed the concern that any one country’s stimulus would largely flow overseas through the external account, benefitting the global economy but not doing much to boost domestic demand. This concerted stimulus seems to have been successful. In the face of a dramatic collapse in financial systems in much of the advanced world the fiscal stimulus put a floor under contracting GDP. The People’s Republic of China’s (PRC) huge stimulus produced a swift return to 10% growth in 2010.
Comment 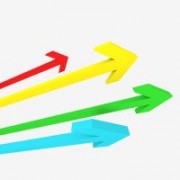 The International Monetary Fund (IMF) has just released a new policy paper on capital flows (IMF 2012). A recent editorial in the Financial Times describes it this way: As far as intellectual shifts go, the U-turn by the International Monetary Fund on capital controls is remarkable. In the 1990s, the IMF came close to including the promotion of capital account liberalisation in its rule book. On Monday, after a thorough three-year review, the fund has accepted institutionally that direct controls can play a useful role in calming volatile, international capital flows. (Financial Times. 3 December 2012)
Comment 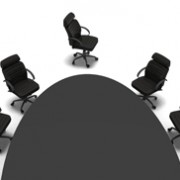 The G20 leaders group achieved several significant examples of international economic cooperation in the first few meetings during the global financial crisis in 2008 and 2009. In the fraught crisis atmosphere, the G20 discussion encouraged bolder fiscal expansion, discouraged trade protectionism, spurred the world’s financial regulators into action to re-write the inadequate rules, and drew attention to the antiquated governance structure of the International Monetary Fund (IMF). With the immediate threat of global depression averted and the eurozone crisis not amenable to a global approach, many commentators observe that more recent meetings have lost a sense of urgency and purpose. This group has been successfully established as the paramount international economic coordination body (taking over that role from the G7 and G8) with a far more representative membership, but with the urgency of the immediate crisis gone, critical attention is focusing on the G20’s composition and agenda.
Comment