The financial sector needs to be driving the green transformation 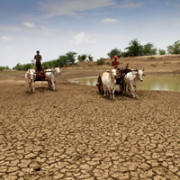 Many Asian countries have set ambitious targets for climate change mitigation. Governments all over the region are devising green growth strategies, aiming to reconcile economic growth with low carbon emissions as well as trying to limit other forms of environmental degradation such as soil, water, and air pollution. What is needed is no less than a “green transformation” to put green growth at the heart of development (OECD 2013). To achieve such a green transformation, large investments will be needed in renewable energy generation, energy efficiency, smart transportation networks, and many other areas that will help the shift toward sustainable patterns of production and consumption.
Comment