Paulo Regis joined Xi’an Jiaotong-Liverpool University in 2008 where he is currently an Associate Professor. Paulo’s research interests include international economics, public finance, and East Asian economies, including the PRC. He received his PhD in economics from the University of Nottingham, United Kingdom.
Author Archive | Paulo Regis Finance sector development

Loan-to-value policy as a macroprudential tool: The case of residential mortgage loans in Asia 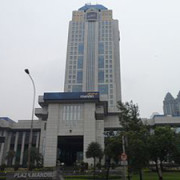 The global financial crisis of 2007–2009 underlined the need for central banks and financial regulators to take a macroprudential perspective on financial risk, i.e., to monitor and regulate the buildup of systemic financial risk in the economy as a whole, as opposed to simply monitoring the condition of individual financial institutions (microprudential regulation). This has been highlighted in numerous reports, e.g., G30 (2009), IMF (2009), Brunnermeier et al. (2009), and TdLG (2009). The regulatory response to this in advanced economies, under the guidance of the G20 and the Financial Stability Board, has tended to focus on strengthening the liability side of banks’ balance sheets by enforcing stricter capital adequacy requirements, including the introduction of a countercyclical buffer and the introduction of liquidity requirements (see, e.g., BIS 2010a).
Comment