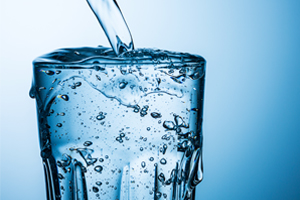 OTT service providers not only invest in infrastructure, such as data centres, local networks, and other enabling infrastructure, but also use their ability to scale flexibly and efficiently to allow for more high-value exchanges to take place. It is also helpful within this context to view OTTs as platform businesses that primarily seek to connect multiple sides of a market.

“OTT service providers” is a generic term that cannot fully encapsulate what it means to run an internet business. Since there are multiple kinds of internet businesses, it follows that there are also multiple categories of OTT service providers. Facebook, Instagram, Twitter, and other social networking services work as platforms to connect viewers of content to advertisers. Google does the same across its portfolio of products and services (e.g., YouTube, Search, etc.). Uber, Ola, Lyft, and others are ride-sharing platforms that connect riders with drivers. Airbnb and others connect visitors to hosts willing and able to monetize spare capacity. This is not an exhaustive list, and there exist other kinds of OTT service providers as well.

Platform economics, or the science that drives modern internet companies, has been instrumental in capturing and delivering value to both the owners of platforms as well as their consumers. However, this brand of economics is neither new nor a significant deviation from how traditional businesses chose to structure themselves. From newspapers that have always linked readers and advertisers, to malls that have always connected merchants and consumers, platforms have in one way or another been a staple feature of many successful businesses. What separates modern digital platform businesses from traditional ones is not the approach but rather the ability to achieve scale and offer value to a much larger ecosystem of potential consumers. For an Uber-like business model to function in the absence of the internet, we need to look no further than legacy business models, such as local taxi-booking services that were less responsive (vehicles had to be booked well in advance) and less empowering (drivers were employees rather than owners). The platform model and strategy adopted by Uber allowed it to address the imperfections in legacy business models and scale quickly. This allowed it to effectively displace incumbents wherever it went. The economic approach adopted by Uber monetizes spare capacity, i.e., the driver’s time and vehicle in exchange for a willing customer’s cash, while the platform functions as an intermediary that enables and administers the transaction. The company optimizes this model regularly, with the platform providing a steady and increasing amount of actionable intelligence.

A platform-driven approach has the demonstrated potential to significantly disrupt existing markets. In 2007, Apple launched the first iPhone, and thus began the progressive fall from grace of incumbents such as Nokia, Motorola, Sony Ericsson, LG, and Samsung, who collectively controlled over 90% of the global profits of the smartphone market. The tables turned in 2015, when the iPhone accounted for 92% of global profits, while the profit margins of the incumbents progressively fell to becoming negligible to non-existent. While the winning strategy for Apple is often cited as equal parts hardware- and software-led innovation, many economists and pundits contend that the most value was offered, articulated, and embraced as a direct consequence of the iOS app store platform. Consumers intrinsically placed a high value on the ability of applications to extend the functionality of their new device, and third-party developers found a ready ecosystem of customers willing to engage in value exchanges.

Modern internet businesses today rarely structure themselves along non-platform lines, due in large part to the demonstrated success of platforms such as app stores, marketplaces, content aggregators, social media, ride sharing, hospitality, enterprise mobility and productivity, and a host of others. Such platforms have consistently delivered value to both ends of the respective markets they serve and have had significant positive spillover effects.

E-commerce platforms, such as Amazon, Flipkart, and others, allow consumers to rate products purchased through their platforms and, in the process, generate a higher number of transactions. Sweeping endorsements, such as close-to-five-star ratings, significantly affect the purchasing decisions of consumers across most homogeneous categories, such as books, televisions, and mobile handsets, etc. Such platforms have also allowed for the emergence and evolution of modern retail strategies that are often primarily online and without market-access bottlenecks—a staggering cost reduction while addressing a much larger market.

The spillover effects of platform business models are both qualitative and quantitative. Most qualitative effects have to do with increased transparency and the availability of information in cases where there was none. For example, Uber, Ola, Lyft, and other such platforms became more valuable as their size increased. At the same time, algorithms allow them to utilize information, such as the location of riders and drivers, to optimize rides, and a two-way rating system allows for the appropriate matching of riders and drivers while ride matching algorithms tend to become more efficient with network effects. The prolonged use of the platform by an increasing population also delivers actionable price signals that can help the intermediary cater to the two-sided market better. The value of such information is significant to all members of this market: the riders, drivers, and the intermediary.

The quantitative effects or economic impact of OTTs has been studied by many, mostly in the form of economic impact assessments. More recent consumer surplus analyses, such as one by Broadband India Forum and WIK, estimate the consumer surplus accruing from the use of Rich Internet Applications. This method comes closer to the idea of quantifying the spillover effects and perhaps represents a more accurate assessment of the true socioeconomic impact of such applications and services. The study estimates that the use of such services “saves on average 803.9 minutes per week. Based on the average annual income in India (INR94,130), this translates into an annual consumer surplus of US$98 billion in 2017. Thus, each user of RIAs in India receives on average US$249 of consumer surplus annually. Applied to the entire population—not just RIA users—this results in US$74 per capita.”1

Upon careful examination of the rhetoric against the rise of OTT service providers, one can reasonably surmise that the primary contentions are generally targeted at large, platform-driven internet companies. It then falls to policymakers to objectively determine the existence of harm in any shape or form and, in their pursuit of crafting market-friendly and progressive policies, attempt to strike a balance with due regard to the economic potential of modern platform businesses on the internet.

They must also consider the significant spillover effects of OTT service providers that have demonstrably trickled down to all sections of society. If third-party developers add immense value to app stores and if more drivers and riders make ride-sharing platforms more valuable, then there is every reason to believe that more OTT providers will attract more consumers and make networks more valuable.
_____

1 Broadband India Forum and WIK. 2017. The Economic and Societal Value of Rich Interaction Applications in India.