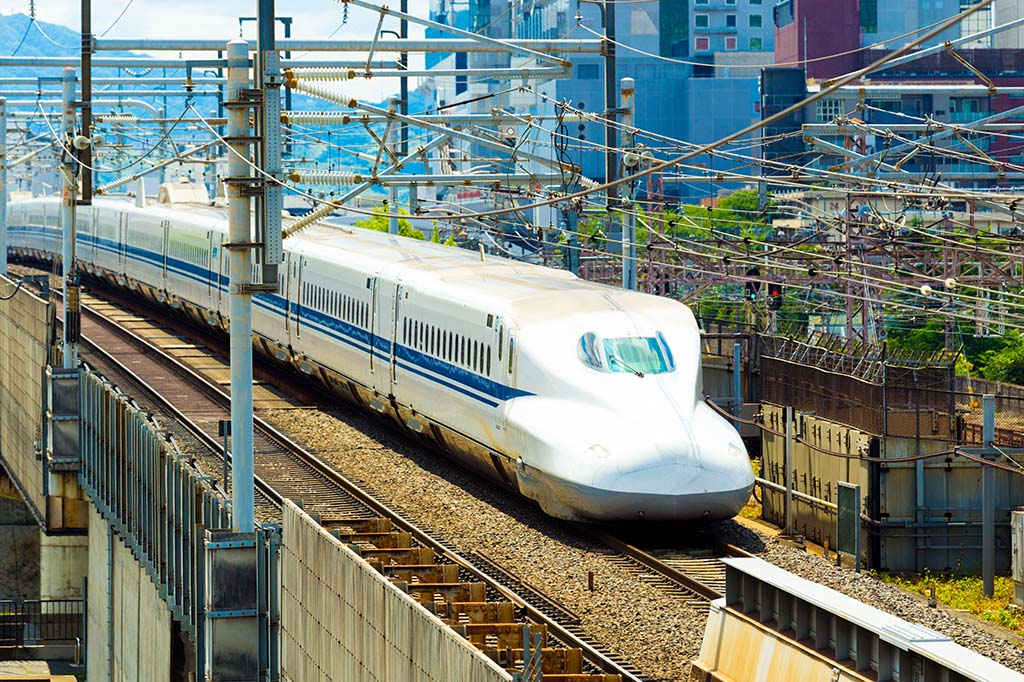 Comprehensive infrastructure projects have proven to be efficient in reducing poverty, community burdens, and production costs and raising competitiveness within and between regions. However, investment in specific forms of infrastructure can help balance the trade-offs between huge infrastructure demand and scarce financial resources, especially in developing countries.

Transportation systems are one type of infrastructure that can have a huge impact on an economy. They significantly increase business activity and productivity (Hayashi et al. 2017) and can create urban–regional development ecosystems along the regions of the transport corridor (Bharule 2019). As such, many countries are investing in transportation infrastructure, especially in high-speed rail (HSR) systems.

In Asia, HSR construction projects have been developed or are being planned in several countries. In the People’s Republic of China, for instance, the introduction of HSR has resulted in an increase in the number of railway passengers, while the number of passengers traveling by other transportation modes, such as private cars, express buses, and airplanes, has decreased on the same routes. Meanwhile, future HSR expansions will have the potential to connect 80% of the country’s cities through eight corridors, from north to south and east to west (Hayashi, Seetha Ram, and Bharule 2020). Together, these HSR projects will revitalize the economies of the HRS corridor hub cities by encouraging population mobility.

Developing countries in Asia have also recognized the importance of HSR systems. For example, India announced in 2020 that it would construct seven HSR lines connecting several cities in distinct parts of the country and adopt the Japanese Shinkansen technology for its system (Hayashi, Seetha Ram, and Bharule 2020). In Thailand, the government approved five HSR lines in late 2010. The 1,500-kilometer network will converge in Bangkok and will be developed and completed by 2036. A 220-kilometer HSR corridor is also being developed as part of the Thai Eastern Economic Corridor Project to connect three international airports between Bangkok and Pattaya. The Thai government believes that the project will bring economic benefits to the region along the corridor and become a platform to spread the benefits nationwide (Hayashi, Seetha Ram, and Bharule 2020).

However, despite these benefits, hesitancy regarding the potential of HSR infrastructure has not been entirely eliminated, and there are still some challenges to overcome, especially with respect to investment for integration with existing transport options and spatial development around the station area required to obtain the benefits from the spillover effects of the projects.

Infrastructure investment is widely assumed to be an effective tool for supporting and promoting the efficiency of a country’s economy, mainly through the spillover effects on society. The spillover effects of infrastructure are defined as the economic impacts in a region by seemingly unrelated events in other regions (Nakamura et al. 2019), and they are usually far more extensive than the actual investment in the infrastructure project. This is because, in addition to the direct effect from infrastructure investment, the marginal impact increases in capital and labor productivity, the better proximity to markets, and lower costs also provide significant regional or neighboring economic growth.

Urban development using railways is beneficial for urban mobility, socioeconomic development, and environmental protection. However, even though railway infrastructure investments are integral transport investments, they alone do not promote rail-based city development. Access roads must be built and other connections must be simultaneously developed to form a system. The location of HSR stations, for example, is important as the stations provide access for passengers, serve as multimodal transportation hubs, and are prime locations for transit-oriented development. Spatial analysis shows that the building area around smaller HSR stations significantly increases compared with larger cities and areas without HSR stations (Hayashi, Rothengatter, and Seetha Ram 2021). Therefore, strategies for substation placement and urban planning are essential because they aim to incorporate distinct socioeconomic development aspects, reduce the environmental impact, and provide long-term sustainable benefits that add to the quality of life of citizens.

HSR infrastructure is a complex system that emanates value from human activities in different places with diverse contexts. It greatly contributes to economic growth and social development, both directly and indirectly, but investments in the system need a huge budget, and results cannot be expected in a short period. It is also not easy to evaluate the impact on the economy or social development. However, such impact assessment is still critical for decision-making, which can be evaluated in a variety of ways, either by calculating the financial impact through cost-benefit analysis (CBA) or examining the potential impacts on decision-making through the wider economic impacts (WEI).

Spillover effects affect not only economic aspects but also the quality of life of people living in an area, as well as those who do not live in the area but need to access it. As a result, the quality of life (QOL) method might be more adequate, as it differs from the CBA and WEI approaches in that it considers people’s happiness, needs, preferences, and location. Accordingly, an evaluation using the QOL method covers most of the development impacts.

HSR can be a vital factor in a nation’s economic development and a solid pillar for supporting economic growth, as in the case of the PRC’s HSR system (Chan 2017). The project’s achievements have driven policy makers from developing countries to consider implementing HSR projects in the hope that that they can achieve similar results in their own countries. In planning for an HSR project, policy makers need to consider the economic and social justifications for HSR, particularly equity and inclusion. Ordinarily, HSR can be used to solve two different accessibility problems. First, where a point-to-point link is dominant, each train can substitute an air connection between two cities by connecting cities or central business districts over long distances via a direct train connection. Second, train systems link many cities and central business districts together, creating a new region with high intra-regional accessibility that shares a common labor market and a traditional market for household and business services.

However, to maximize the benefits from HSR investment, each country needs to perform empirical studies to create dynamic models to measure the impacts of HSR on productivity via the positive effects on the knowledge economy, estimated future taxable income, and social welfare, which are part of the spillover effects. In addition, externalities, such as interaction with local modes of transport or the structure or geographical concentration of industries, must also be included in the analysis, as the consequences of transport infrastructure investments are subject to these factors (Hayashi, Seetha Ram, and Bharule 2020).

HSR implementation contributes huge benefits to countries, but it also has its own set of challenges. By analyzing the present situation of HSR worldwide, we can obtain resources to design appropriate, evidence-based policies. The recently published ADBI Press book, Frontiers in High-Speed Rail Development, presents the prospects and challenges of future HSR development as six frontiers. These six frontiers are the impacts of the COVID-19 pandemic, the measurement of its socioeconomic impacts, the lack of integration with existing networks, the difficulties of urban integration, the constraints of innovation, and the importance of social integration with QOL indicators. The edited volume seeks to demonstrate the prospects of future HSR development within the framework of the six frontiers and analyze the potential for addressing the corresponding challenges (Hayashi, Rothengatter, and Seetha Ram 2021).

Moving forward, it is essential that empirical evidence on the full range of spillover effects of HSR is factored into the decision-making process in considering and designing an HSR project. Policy makers may draw from the wealth of academic publications and policy dialogues to guide their judgment on the sound infrastructure investments needed to drive sustainable growth.

This article is an adaptation of the opening remarks made by KE Seetha Ram at the 1st International Workshop on High-Speed Rail Socioeconomic Impacts (14 September 2021). The learnings summarized here are drawn from the recently published Frontiers in High-Speed Rail Development, which was launched at a plenary session at the 14th International Conference of Eastern Asia Society for Transport Studies (14 September 2021). In addition, ADBI and WCTRS co-organized a plenary session on COVID-19 and Transport Policy in Developing Asian Countries (12 September 2021).

Hayashi, Y., A. Mimonu, J. Han, and H. Kato. 2017. The Shinkansen and Its Impacts. In H. Blas Luis Pérez and E. Deakin, eds. High-Speed Rail and Sustainability: Decision-Making and the Political Economy of Investment. London: Routledge, 34–49.