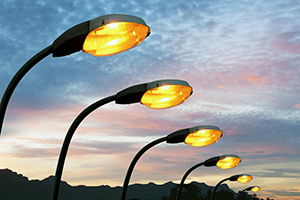 In 2014, around $90 billion was spent on energy efficiency projects around the world, but the figure quickly climbed to $231 billion in 2016 (Nepal et al. 2020). The experiences of South Asian economies show that the inflow of foreign direct investment (FDI) is a crucial economic instrument for financing energy efficiency improvements. For instance, a 1% increase in FDI has been shown to reduce total industrial energy consumption by 0.03% among the five South Asian economies of Nepal, Sri Lanka, Bangladesh, Pakistan, and India (Nepal et al. 2020). In this context, the countries belonging to the South Asian Association of Regional Cooperation receiving a substantial amount of FDI in the energy sector over the last 4 decades is certainly welcome news. However, is this enough to achieve the Sustainable Development Goals? FDI reduces industrial energy usage in South Asia, but the result is negative and insignificant for renewable industrial energy use. This implies that South Asian countries should invest and expand hydro-electricity generation, which is also an important sustainable energy source. South Asian countries should reinforce FDI inflows in renewable energy sectors through strategic reforms and redistribute the benefits of energy conservation spillovers locally.

Energy demand growth in Southeast Asian countries is also predicted to be the highest in the world, with Indonesia having the highest urbanization rate (Irsyad et al. 2020). Along with growing urban areas, public infrastructure, such as streetlights, is also expanding and, hence, offers the opportunity to improve energy efficiency in public goods provision. For instance, Indonesia has the potential to reduce energy consumption from streetlights by 2.1 terawatt-hours per year (Irsyad et al. 2020), or by more than half of its existing consumption. Local governments, however, are commonly constrained by budget limitations when implementing energy conservation measures in public facilities. How can policymakers avoid such budget constraints? Involving multiple stakeholders, including those who finance, facilitate, produce, and consume energy, is a viable solution. For instance, cooperation with an energy service company (ESCO) is considered to be a solution, and several ESCOs have an interest in energy conservation in street lighting systems. An ESCO provides a broad range of energy efficiency measures or services, mostly under energy performance contracting (EPC), a financing technique that repays the cost of energy efficiency projects through the cost savings they produce.

The global ESCO value in terms of EPC revenue expanded to nearly $30 billion in 2017, with the People’s Republic of China (60%), the United States (20%), and Europe (10%) representing three major ESCO markets (Irsyad et al. 2020). Over 1 million people are now employed by ESCOs around the world. However, several local governments have experienced legal issues when using ESCO schemes in Indonesia, especially the shared-savings scheme. The problems are related to the formula for the cost-saving share for the ESCO and the perception that presumes that the cost-saving share is a loan, which is prohibited for the municipalities. The major concern is that the selection process of an appropriate ESCO is regulated by the government, which gives instructions to pay ESCOs for energy efficiency services and not for energy efficiency investment. There remains room for regulation improvement since the existing regulation is ineffective and may lead to a monopoly in the energy efficiency market for street lighting. Most importantly, policymakers need to recognise that ESCOs are a new business type in Indonesia, and as new companies emerge, they should be given equal opportunities on a level playing field. As such, institutional and regulatory strengthening is a pre-requisite for the successful implementation of energy efficiency improvements polices in Asia.
______

← World competition among cities: City trends and the framing of a livable city
COVID-19 and policy responses through the lens of global asset markets and capital flows →