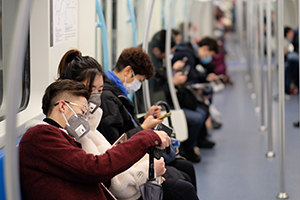 The Association of Southeast Asian Nations (ASEAN) and its bigger counterpart ASEAN+3, comprising the 10 ASEAN members and the People’s Republic of China, Japan, and the Republic of Korea (ROK), have been slow to respond to the COVID-19 pandemic. While they have been strenuously ramping up their efforts, more needs to be done, and quickly. There are many things they can do immediately, such as employing their machinery to increase consultation and cooperation to curb contagion—both medical and economic—and limit beggar-thy-neighbor policies. But in some areas, turning rhetoric into action will necessitate large-scale funding, requiring the “Plus Three” countries to contribute when they are themselves struggling. Since global efforts have been wanting, a regional response to complement national actions is more important than ever.

COVID-19 is a global health problem best addressed through a coordinated multilateral response. Unfortunately, this has been difficult to achieve. Although the main responses are occurring at the national level, regional efforts can complement them and increase their effectiveness.

The People’s Republic of China and the ROK have been the hardest hit in the region. Both countries have employed successful lockdowns, and the ROK has demonstrated the value of mass testing in curbing the spread of the virus. While ASEAN countries are seeing great variations in infection rates, their responses have varied even more. All have restricted international movements, but domestic activity has been curtailed to varying degrees. Malaysia, the Philippines, Thailand, and Viet Nam have imposed virtual lockdowns, which have been extended at least once, while Singapore has ramped up its social distancing measures. The other countries are trying to control the re-transmission rate with less-draconian measures.

ASEAN’s first response was to convene the Special ASEAN-China Foreign Ministers’ Meeting in Vientiane on 20 February, where both sides agreed to strengthen cooperation to fight the disease, although they did not specify any concrete actions.

The ASEAN Senior Health Officials met virtually on 13 March, and arguably the most important takeaway was the need to involve the “Plus Three” countries, as with previous epidemics. A Special Meeting of the ASEAN+3 Health Ministers should be convened immediately to draft specific actions, as they did quite successfully when the H1N1 outbreak occurred in 2009. The virtual Summit of Leaders on 14 April endorsed the creation of a COVID-19 Response Fund and a regional reserve of essential medical supplies and has further increased the urgency for the health ministers to meet to operationalize them expeditiously.

The role that consultation and cooperation can play should not be downplayed, however. When Malaysia closed its borders in March, the measure had a direct and immediate impact on the livelihoods of its 300,000 residents employed in Singapore. To minimize the disruption, Singapore hastily arranged temporary domicile to accommodate the affected Malaysian workers in Singapore. This raised the economic and social costs for both employers and employees. Had there been greater advance consultation prior to the unilateral action, measures could have been pursued to reduce such costs, or to share them more equitably. As an honest broker, ASEAN is well placed to deal with bilateral issues such as these and maximize the collective welfare rather than narrow, if not misguided, national interests.

It is estimated that the majority of the 7 million migrant workers in and from ASEAN are undocumented. As illegal workers, they are denied any kind of social protection. Apart from the risk this poses to their health, it threatens the curtailment measures of host countries. The ASEAN Parliamentarians for Human Rights have called on ASEAN to address these issues urgently, but ASEAN has yet to respond.

The “Plus Three” countries have more than just their experience and expertise to share, having been at the epicenter of the crisis. They also have the appropriate financial firepower, if tangible actions are to accompany pronouncements. ASEAN has very limited resources, not least because its richest members are small, and there is limited appetite to surrender sovereignty to a supranational body. If actions require funding, ASEAN+3 must be involved.

An ASEAN+3 Finance Ministers Meeting should be convened to coordinate individual stimulus programs. Coordinated monetary and fiscal responses will increase their impact nationally and reduce free-riding. Divergent national policies, even if they are all in the same direction of monetary easing, can add to financial market volatility. Coordination would limit exchange rate instability, which may result in competitive devaluations and other beggar-thy-neighbor attempts, as well as destabilize inflation expectations.

Should a financial crisis erupt, the Chiang Mai Initiative Multilateralization—the ASEAN+3 financial safety net—is available. As a series of promises rather than a fund, it has never been used. But again, the regional effort could complement rather than substitute for national (first line of defense, foreign reserves) and (global lender of last resort, International Monetary Fund) efforts.

ASEAN’s success as an economic community has been defined by its ability to use regionalism to promote globalization. It has done this by pursuing trade and investment liberalisation in a non-discriminatory and outward-looking manner. It is important and timely for ASEAN to reaffirm its commitment to free and open trade, as the temptation to retreat behind borders or resort to forms of protectionism (including export bans) starts rising further. The same applies to the “Plus Three” countries.

Most ASEAN+3 countries stand out as shining examples of what globalization can deliver. At a time when globalization is under threat, they can and should stand up to defend it. COVID-19 is exacting a horrendous toll in terms of human life—it does not have to also ruin the processes and institutions that have served us so well. It is in fact an opportunity to put geopolitics aside and increase cooperation in the fight against the common enemy.

← The tip of the iceberg for COVID-19 cases in developing Asia?
SMEs in global value chains: Catalysts for dynamic and inclusive economic growth →

One Response to How should ASEAN and ASEAN+3 respond to the COVID-19 crisis?