Tommy Koh is Singapore’s ambassador-at-large. He is special adviser to the Singapore Institute of Policy Studies, Chairman of the National Heritage Board and Chairman of the Governing Board of the National University of Singapore Centre for International Law. He previous positions have included President of the United Nations Conference on the Law of the Sea and chair of the Earth Summit.
Author Archive | Tommy Koh Governance and public sector management 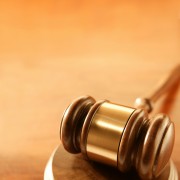