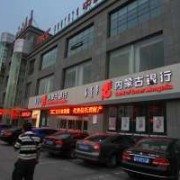 Over the past several decades, we have seen how the People’s Republic of China’s (PRC) high economic growth and increasing economic integration with other countries have led to a dramatic increase in the PRC’s clout in global output and trade. Just look at the facts. The PRC is the world's second largest economy, accounting for 12% of global gross domestic product in 2013. It is also the world's largest exporter and second largest importer, accounting for about 12% of world trade in 2013. Attracting more than $110 billion in foreign direct investment (FDI) in 2013, the PRC is the world's largest developing country recipient of FDI inflows. It is also the world's largest holder of FX reserves, with a total of $3.8 trillion in reserves at the end of 2013.
Comment