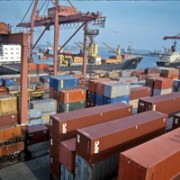 Time is running out for Japan to join the Trans-Pacific Partnership Agreement (TPP), as the negotiating countries aim to conclude the talks before the Asia-Pacific Economic Cooperation (APEC) meeting in October this year. Although former Japanese Prime Minister Yoshihiko Noda had expressed strong interest during his tenure in joining the TPP negotiations, his successor, Prime Minister Shinzo Abe, has not expressed similar sentiments as the Liberal Democratic Party (LDP) took a cautious stance on the TPP during Japan’s December 2012 general election. The TPP is a high-standard and comprehensive trade agreement under negotiation by Australia, Brunei Darussalam, Canada, Chile, Malaysia, Mexico, New Zealand, Peru, Singapore, the United States (US), and Viet Nam.
Comment