Paola Subacchi is research director of international economics research at Chatham House (the Royal Institute of International Affairs). Her research interest is in the functioning and governance of the international financial and monetary system, with a focus on post-crisis policy and institutional change. She is a contributor to peer-reviewed journals and current affairs publications. She is a regular media commentator with the BBC, CNN, Bloomberg News, CNBC, Newsweek, the Financial Times, The Wall Street Journal, The International Herald Tribune and the European Voice. An Italian national, she studied at Bocconi University in Milan and at the University of Oxford.
Author Archive | Paola Subacchi Governance and public sector management

Is political union Europe’s solution to the eurozone crisis? 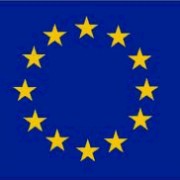 Is fiscal and/or political union, where more sovereignty is shared among countries in Europe’s Economic and Monetary Union, the way forward for the eurozone to stay together and deal with economic and financial divergences among member states? Differences in size, development, and institutions present the monetary union with a policy coordination dilemma, as countries often tend to let domestic interests prevail on agreed commitments. At the current juncture, and learning from the sovereign debt crisis, the countries of Europe need to consider what is the best institutional framework for the monetary union. Such a framework should avoid the building up of imbalances and help countries to live with the euro and within the currency union. Is political union the way forward for EMU? Surely continuing the status quo is not an option.
Comment