Have APEC Five been penalized for not achieving the Bogor Goals? 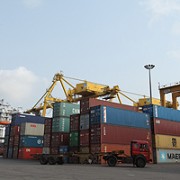 This is the first question I have met across at the ADBI seminar on APEC on January 28th. Of course they have not. Nobody raised this within APEC, because APEC is a non-binding organization. But so long as APEC sticks in its weak modality, it may get left behind mushrooming FTAs. What is the APEC’s raison d’etre nowadays? Established in 1989, APEC seeks to promote trade and economic cooperation in the Asia and Pacific region. In 1994 in Bogor, Indonesia, APEC leaders pledged to achieve free and open trade and investment in the Asia and Pacific region by 2010 for developed members and by 2020 for developing economies.
Comment