Erik Solheim leads the OECD Development Assistance Committee and is also the United Nations Environment Programme’s special envoy for environment, conflict and disaster. From 2007 to 2012 he held the posts of Minister of the Environment and International Development for Norway, and from 2005 to 2007 he served as Minister of International Development. He has received awards for his work on climate and the environment and from 2000 to 2005 was the main negotiator in the peace process in Sri Lanka.
Author Archive | Erik Solheim Environment 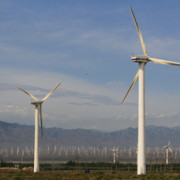 The world is changing fast as Asia continues to surge ahead. In less than two generations, the Republic of Korea has gone from being one of the poorest countries in the world to one of the richest and a global leader in technology and manufacturing. The People’s Republic of China (PRC) is set to become the largest economy in the world in 2014. In Viet Nam, 15-year-olds are performing above OECD average in education. Under the new leadership of India's Prime Minister Narendra Modi, India will aim for the skies.
Comment