C. H. Kwan is Senior Fellow at the Nomura Institute of Capital Markets Research. He specializes in economic reforms in the PRC, the yen bloc and regional integration in Asia.
Author Archive | C. H. Kwan Governance and public sector management

Why is the PRC showing signs of overheating despite slowing economic growth? 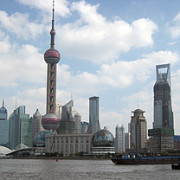 The People’s Republic of China’s (PRC) economy has shown signs of overheating despite a sharp slowdown in economic growth, suggesting that, constrained by the supply of labor, its potential growth rate might have fallen significantly from its past level. With the priorities of the PRC’s authorities shifting from raising economic growth to curbing inflation, they are expected to change their stance on macroeconomic policy, including monetary policy, from easing to tightening. As a result, the PRC economy is likely to slow in 2014.
Comment