National and local governments in Asia are facing significant challenges to effectively deliver access to sanitation, as well as to properly collect, transport, dispose of, and treat fecal sludge. Actions taken by governments at present have been to implement large-scale sewer networks, which are prohibitively expensive, and which take years to plan and build. To address the growing challenges and requirements of sanitation, many cities are using a combination of on- and off-site sanitation solutions provided by a range of service providers comprising civil society partners, private companies, and municipalities or utility companies.
Comment 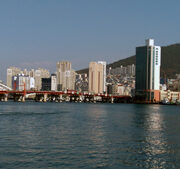 In 2014, when I first moved to the Republic of Korea from India, I was impressed and awestruck by the country’s infrastructure and ease of mobility. Being an architect, the aspect I found most endearing of the city-wide master planning was the access and provision of toilets almost everywhere, be it at metro train stations, bus terminals, shopping plazas, parks, or even on mountain hikes. The convenience of having clean and hygienic toilets in public places was truly a gift for me during my stay there for a few years.
Comment

The water challenge: international trade to the rescue 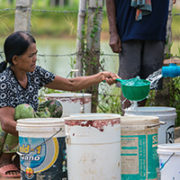 In many parts of the world, water availability is in decline and its quality is deteriorating. According to the World Bank, water scarcity, intensified by climate change, could come at a high price for some regions, costing as much as 6 percent of their gross domestic product. Tackling the water challenge is crucial to unlocking poverty eradication, prosperity, ecosystems preservation, and gender equality. As such, water security is a fundamental element of a sustainable development agenda. The United Nations Sustainable Development Goals recognized this by introducing a dedicated water goal (“SDG 6”) that seeks to “ensure availability and sustainable management of water and sanitation for all.”
Comment