The Pacific Island region is made up of 22 island countries and the territories of Polynesia, Micronesia, and Melanesia. There is great cultural diversity in the region, with about 1,200 languages spoken and a variety of exotic cultures. Surrounded by the vast Pacific Ocean, the land mass of the countries varies considerably.
Comment

Obesity is a state of excessive body fat accumulation and is difficult to measure. Body mass index (BMI)—defined as weight in kilograms divided by the square of height in meters—has been used traditionally for its simplicity and the availability of data. Although shortcomings of using BMI have been acknowledged, its correlation with body fat percentage and its sensitivity in diagnosing obesity based on the body fat percentage have been verified for Korean people (Chung et al. 2016).
Comment

The cost of being obese 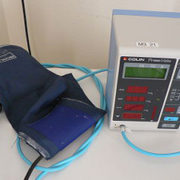 When we talk about the cost of being obese, many people will imagine the personal spending due to obesity, e.g. special clothing, housing, and transportation that may be different from the requirements of non-obese people, or even the medical expenses arising from obesity-related illnesses. Some people may also consider the cost of becoming obese, such as excessive consumption of high-calorie foods and sweetened beverages.
Comment 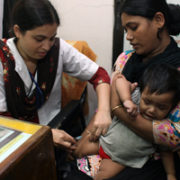 5 reasons to be worried about health security in Asia

If you live in Asia and the Pacific, do you ever wonder how high your risk is of contracting antimicrobial-resistant bacteria or emerging infectious diseases such as a new strain of avian influenza? Unfortunately, I have to tell you that the risk here is higher that in any other region in the world.
Comment 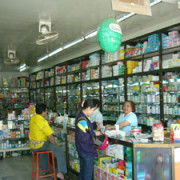 Universal health coverage (UHC) has become a key agenda of policy makers in many countries. According to the definition of the World Health Organization (2010), UHC is the goal that “all people have access to health services and do not suffer financial hardship in paying for them.” In most developing countries, the goal of UHC is not easy to reach due to the fact that large, resource-poor populations have limited access to health services. Given that resource-poor people cannot afford out-of-pocket health expenditures, or can only afford them by sacrificing other priorities, a health financing system where people are required to pay for use directly is one of the major barriers to reaching UHC. Although cost sharing is necessary to prevent the overutilization of health services arising from the potential problem of moral hazard, universal coverage is more likely to be reached when the out-of-pocket ratio for direct payment is sufficiently low.
Comment