Tatiana Didier is a research economist in the World Bank’s Office of the Chief Economist for Latin America and the Caribbean.
Author Archive | Tatiana Didier Economics, Education, Finance sector development 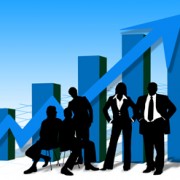 One of the most notable developments in the world economy over the past 20 years has been the rise of the People’s Republic of China (PRC) and India as global economic powers, accompanied by high overall growth and an increase in their financial activity. But how much have the PRC and Indian firms used and benefitted from the expansion in capital markets to obtain financing and grow? In a new paper (Didier and Schmukler, 2013), we study this question by assembling a unique and comprehensive data set on domestic and international capital raising activity and performance of publicly listed Chinese and Indian firms.
Comment