Randolph Tan is an associate professor at the School of Business, SIM University, Singapore. His research interests include forecasts of the Singapore labor market, models of demand and supply in real estate, and econometric inference. He has a PhD in econometrics from Monash University.
Author Archive | Randolph Tan Population 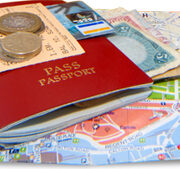 Seven of the world’s ten richest economies by real gross domestic product (RGDP) per capita are in Asia and the Middle East, and all have sizeable populations of foreign migrant workers (FMWs) that have contributed greatly to growth. The proper handling of FMW involvement in an economy is crucial for continued prosperity. Despite the widespread reliance of many economies on FMWs, much of the related research has focused on the narrower issue of the impact of foreign labor on local employment and the resultant downward pressure on local wages (e.g., Borjas et al. 1996. Goto 1998). In comparison, very little evaluation has been done on the extent of their contribution to economic growth across countries.
Comment