About Peter A. Petri

Peter A. Petri is the Carl J. Shapiro Professor of International Finance at the Brandeis International Business School (IBS), a senior fellow of the East-West Center in Honolulu, Hawaii, and a visiting fellow at the Peterson Institute for International Economics in Washington, DC. He was founding Dean of IBS from 1994 to 2006, has held visiting appointments at ADBI, other international agencies, and leading universities in the People’s Republic of China and Japan. He is a member of the US Asia Pacific Council, the PAFTAD International Steering Committee, and a former Chair of the US APEC Study Center Consortium. He received AB and PhD degrees in economics from Harvard University.
Author Archive | Peter A. Petri Industry and trade 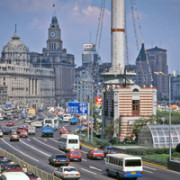 The world may be on the verge of renewing the global trading system with huge “mega-regional” negotiations on the trade rules of the 21st century. These negotiations include the Regional Comprehensive Economic Partnership (RCEP), the Trans Pacific Partnership (TPP), and the Transatlantic Trade and Investment Partnership (TTIP); the countries involved cover nearly 80% of global GDP. The hope is that these approaches will overcome constraints that have held up progress in the World Trade Organization (WTO).
Comment