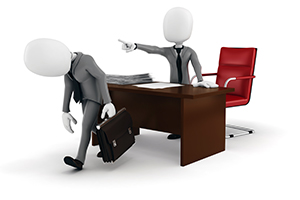 The appropriate degree of government intervention in private contractual relationships, particularly in employment law, remains a fraught public policy issue. In arguing the detrimental effects of laws that prevent employers from terminating labor contracts with employees, flexible labor market conditions in the United States (US)—exemplified by the common-law “employment-at-will” doctrine—are often contrasted with the rigidities engendered by employment protection provisions in several European countries. Yet, the image of a flexible US labor market does not reflect the substantive legal changes in US states since the 1970s. Moreover, discussions on the detrimental effects of labor laws often center around their ex-post consequences. Indeed, once a situation to terminate an employment contract arises, tying down an employer’s hands can lead to ex-post inefficient outcomes. However, these laws might foster risk-taking ex-ante by providing firms with a commitment device to not punish short-run failures. Such commitment may spur employees to undertake risky, but innovative, activities.

In this article, I examine a significant legal change in dismissal laws at the federal level in the US, the passage of the Worker Adjustment and Retraining Notification (WARN) Act in 1989. Using a theoretical model and empirical analysis that exploits a unique feature of the act, I show that this change fostered innovation among firms. Using other dismissal law changes at the country level, I then show that dismissal laws correlate positively with economic growth. By appealing to endogenous growth theory and the careful identification of the effects on innovation, I infer that dismissal laws foster innovation and thereby economic growth.

I develop a theoretical model to capture the effect on innovation of the higher costs imposed on firms by dismissal laws. I model an all-equity firm that chooses between two projects that differ in their degree of innovation. The model generates the prediction that dismissal laws foster innovation when employment contracts are incomplete, as in Hart (1995). Specifically, the lower threat of termination created by the dismissal laws increases the innovative effort exerted by risk-averse employees, thereby increasing the firm value from innovative projects.

To investigate this hypothesis, I exploit the discontinuity introduced by the fact that the WARN Act was applicable only to firms with 100 or more employees. First, I confirm that WARN did indeed bind by studying its effects on employment. Then, I compare US firms that were affected by the law change and those that were not. Using data on patents and citations, I find that WARN fostered leads to more patents and patents that were more widely cited.

Taken together, these tests enable us to conclude that innovation is fostered by stringent labor laws, especially by laws governing the dismissal of employees. Furthermore, while stringent labor laws dampen economic growth, laws that govern the dismissal of employees are an exception as they encourage economic growth through greater firm-level innovation.