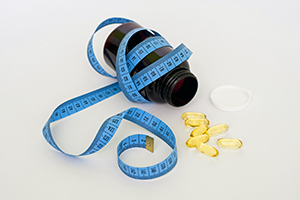 The Pacific Island region is made up of 22 island countries and the territories of Polynesia, Micronesia, and Melanesia. There is great cultural diversity in the region, with about 1,200 languages spoken and a variety of exotic cultures. Surrounded by the vast Pacific Ocean, the land mass of the countries varies considerably, from Papua New Guinea with the largest land mass of 462,840 square kilometers to the low-lying atoll islands of Tuvalu with a land mass of 26 square kilometers (Secretariat of the Pacific Communities 2013). The total population of the 22 countries and territories is just under 12 million. This group of islands has seen some progress (to some extent) in various aspects of economic development in the last 2 decades, although health issues, including noncommunicable diseases (NCDs), remain an important hurdle to achieving positive economic development.

Obesity, a significant risk factor for NCDs, has seen an increasing trend in the region, and the top 10 countries with the highest prevalence rates of adult obesity in the world are found there (World Atlas 2016). In 2008, the body mass index (BMI) measurements for males and females were the highest in some of these island populations, reaching 33.9 kg/m² (32.8–35.0) for men and 35.0 kg/m² (33.6–36.3) for females in Nauru (Finucane et al. 2011). Finucane et al. (2011), in a systematic review of global published and unpublished epidemiological studies, including 19 countries in Oceania, report that between 1998 and 2008, male BMI increased in all but eight countries, with mean increases of more than 2 kg/m² per decade in Nauru and the Cook Islands. Alarmingly, obesity is also emerging in adolescents, with rates of over 30% in Samoa and Wallis and Futuna and overweight rates well above 50% for adolescents in the Cook Islands, Tonga, and Samoa.

Obesity costs are linked to the health care costs associated with the required care and treatment of NCDs. NCDs can be attributed to over 70% of deaths in most Pacific Island countries and territories and are a significant contributor to mortality and morbidity in the region. In some Pacific Island countries and territories, the treatment costs of NCDs account for between 39% and 58% of health expenditure (Cheng 2010). The increasing numbers of NCD-related admissions of NCD-related diseases have challenged hospital resources. For instance, in 2002, admissions of NCD cases accounted for 10.4%, 5.8%, and 8.1% of all cases in Tonga, Vanuatu, and Kiribati, respectively, with the increasing costs attributed to average lengths of stay of 9.2 days, 7.5 days, and 13.5 days (Doran 2003). Meanwhile, the same study reported that NCDs accounted for 19.6%, 9%, and 8.1% of all treatment expenditure in Tonga, Vanuatu and Kiribati, respectively, in 2002, with considerable increases in hospital costs in 2012 when taking into account inflation and exchange rates in the cases of Tonga and Vanuatu (Anderson 2012). Diabetes, in particular, contributed to substantial annual costs. Such costs can easily deplete government budgets and, thus, have substantial implications for sustainability.

While there are many factors contributing to this pandemic, the complex backdrop of globalization, unplanned urbanization, and rapid economic growth in Pacific Island countries and territories have changed the ways Pacific Islanders obtain their food and drink. A shift in dietary patterns from a reliance on traditional, low-fat diets, typically based on complex carbohydrates, fresh fish and meat, and leafy greens, to increasingly modern diets based on refined starch, oils, processed meats, and confectionaries (Thow et al. 2011; Snowdon et al. 2013; Estimé, Lutz, and Strobel 2014) has contributed to this epidemic. However, there are many interacting factors that shape dietary patterns, including income, prices, individual preferences and beliefs, cultural traditions, and sociocultural factors (Waqanivalu 2010). This nutrition transition in the Pacific region describes changing nutrition patterns, which include an increasing demand for packaged imported foods and contribue to obesity and NCDs in the region (Coyne, Hughes, and Langi 2000; Thow and Snowdon 2009; Snowdon et al. 2013).

Pacific Island countries and territories have over the years taken considerable efforts to prevent and control obesity and NCDs in the region. For example, Fiji has showed strong progress toward building commitment and addressing health system constraints through high-level commitments and efforts to secure funds and undertake strategic planning (Snowdon et al. 2013). However, there has been slow progress in service delivery and equity, and challenges in addressing NCDs at the primary, secondary, and tertiary levels. A shift toward policy-oriented approaches for addressing obesity and NCDs has also taken place in recent years. In line with the global recommended “best buys” and the Pacific NCD road map (World Bank 2014), policy interventions in the region include taxation and subsides on unhealthy products (alcohol, tobacco, and certain food items) and legislation on the restriction of marketing of unhealthy food and beverages to children.

In moving forward, efforts that tackle obesity early or even before conception and that take a lifelong approach need to be strengthened. Approaches need to be well designed and evaluated to ensure maximum impact and may draw on global and regional recommendations. Efforts need to include those focusing on schools, communities, and other settings. Equally important is the need for a greater focus on policy interventions to create healthier food and physical environments based on intervention and solution-oriented research.

Jillian Wate is Deputy Director of the Pacific Research Centre for the Prevention of Obesity and Non-communicable Diseases.
View all posts by Jillian Wate →